Ukala history as narrated by - NEZIEANYA 1

The founder of Ukala town is known as Onyimeosi Ukala. He had two sons, the first was named Isiuzor and the second was named Itonor. Today, we have Umu Isiuzor village and Umu-ltonor village in Ukala community. Onyimeosi Ukala migrated with his family from Benin to Uka-Ugwuebe now known as Igueben, and finally to present day Ukala-Okpunor. Our elders told us that Onyimeosi disagreed with Oba of Bini(lddu) when the Oba decided to remove the Oba’s palace from Uselu in Bini to Central Benin-City where we have the Oba’s palace till date.

Onyimeosi was a skilled builder and was asked by the Oba to produce blocks for the new palace. Trouble had been brewing in the kingdom and Onyimeosi may have been among the groups quietly opposed to the king’s plans. Aware of the dangers of being directly in opposition to the king, he hashed a cunning plane He asked the Oba to provide him with oil in order to produce ‘special quality’ mud for the building of the palace.

This, the Oba did, large quantities of containers of palm oil were supplied, then Onyimeosi and his group prepared heaps of mud to be used for the building. When the builders came to remove and apply this mud for the building, they met the place occupied by giant white ants. This made it impossible for the builders to make use of the mud. The king was infuriated as it appeared his plans were being sabotaged.

This brought the disagreement between Onyimeosi and the Oba. Onyimeosi had to flee for his safety. 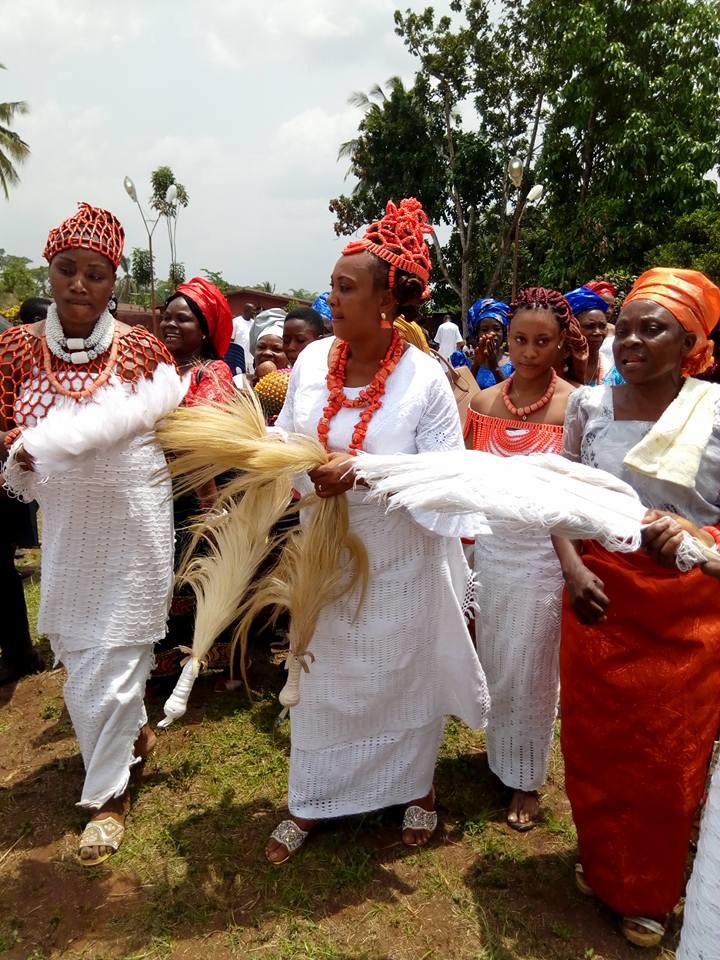 This is the story of Ukala history as handed over to us by our elders, through their fore bears, our ancestors, which was confirmed in a book titled THE BENIN KINGDOM DYNASTY where it was stated that the Obais palace at Uselu was removed in the year 1300 AD. 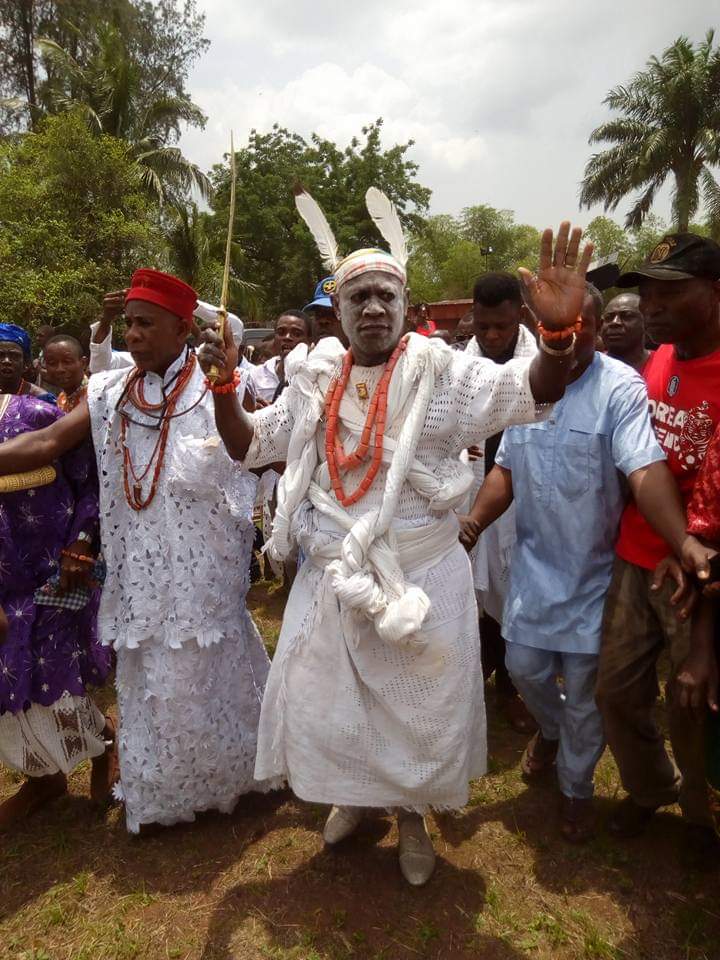 UKALA, alias “Igiri”,(note Igiri as oflgueben) is an autonomous clan in the present day Oshimili Loacal Government Area of Bendel / Delta State of Nigeria.The place is made up of three (3) composite villages and these are:

As earlier said, Ojeoba was the first Obi of Ukala. There have been 17 (seventeen) Obis in Ukala till date. The 17th Obi was late Ogbuenyi Joseph Ogabu Okoh, HRM Obi Okeibunor I of Ukala. The Ogbeleani (oldest man in Ukala) during his, reign was Ogbuenyi Ngadaonye Nnabuife.

The Umuiyeze people joined Ukala when relative peace was returning in the area many centuries ago. The Umu-Ezeeze people were only passing through lyi-Uku.

Ukala on their way towards Illah for an Ugolo dance, when Ukala was performing some sacrifices at the lyi-Uku ofUkala. On such an auspicious meeting and being mindful of their number, Ukala requested that they co-habit with them as citizens of Ukala, as they both speak common language (onukwumi or esan) at that time.

Their prize for agreeing to stay was that they would be eligible to partake in the kingship (obi) ofthe town which had been rotational from inception. That is how Umuiyeze now “Umu-Ezeeze” became a village in Ukala.

The first person to ascend the throne from Umu-Ezeeze village was Obi Baazua of Ukala.

There is a king in Ukala, those entitled to the throne are:

We enticed them with kingship so they agreed to stay with us as Ukala. They were heading toward ILLAH. Three (3) kings had ruled from Umu-Ebo, Umu-Iyase and Umutono Ukala.

The first king from Umu-Ebo was OBI UGBE. He carried the NZE at his time as the oldest Umu-Iyase man. Next from the Ebo linage is Obi OLOH; he did not carry the NZE. The third was OBI ORUMADE; he carried the NZE-IYASE and was also the king of Ukala. From these leaders and kings there was no agitation to make Iyase as Olinze.

Previously we have four authentic NZE’S at Ukala namely

UMUEZEZE later cut an NZE too. Umu Owele came from the east lately. NZE UMUSIENWE is from NKPOR. These last 3 NZE’s are not from Ukala but they are now accepted as Nze of UKALA.

As at today May 2017, Chief Alor Abraham Iyeke is the oldest traditional leader in Ukala at the age of 97 years. He took the Alor title in 1947. His father Iyeke ruled Ukala as Obi as well his uncle OBI Orumade.  His anti, a sister to the father took the title of Omu of Ukala.